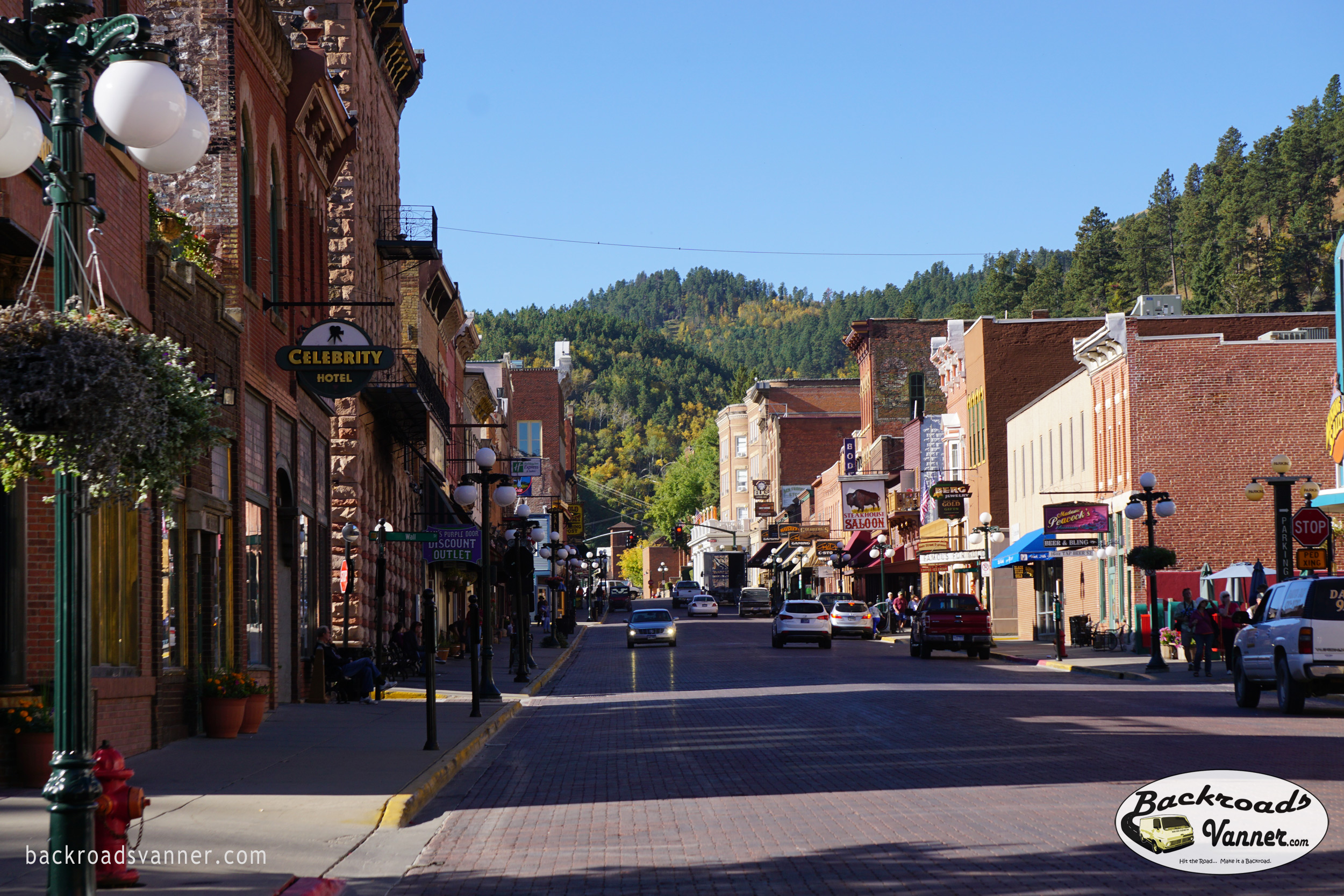 There’s gold in them there hills!

The town of Deadwood, South Dakota, granted to the Lakota-Sioux (American Indians) in the 1868 Treaty of Laramie, proved to be a strong lure for American gold seekers in the late 1800’s thanks to the discovery of gold in the area in 1874 by an expedition led by Colonel George Armstrong Custer. This was not a good thing for the Lakota who considered this land to be sacred and who opposed mining in the area.  But when the word “GOLD!” was shouted, the Lakota could do little to stop the hoards of American settlers seeking to strike it rich on their sacred lands.

The discovery of gold, and the rush to attain it here, became known as the Black Hills Gold Rush and led to the quick growth of Deadwood to nearly 5,000 people.  And when we say “people” we don’t mean Lakota… we mean gold seekers.  It’s really a sad tale (yet another one) where the American Indians were promised one thing and quite another became reality.

According to the web site of The Franklin Hotel – one of the oldest establishments in Deadwood (and still open today) – the dream of striking it rich in gold spurred the rapid growth of the area and “Deadwood quickly became a prosperous town of brick streets, stone buildings and Victorian mansions. The railroad, trolleys and electricity revolutionized this frontier town, which was among the wealthiest communities west of the Mississippi River. In fact, Deadwood had telephone service a year before the White House had the same luxury. (source: www.silveradofranklin.com)

Fast-forward to 2015, and it’s really a neat town to visit.  We loved the history and the unique landscape with its narrow roads and brick main street.  We read that the movie “Dances With Wolves” was filmed nearby and that Kevin Costner loved the area so much, he bought one of the town’s casinos.  We can see why.  Neat town, rich in history and beautiful surroundings.  Long gone are the lawless gunslingers, the brothels, the mines and gold seekers.  Today you’ll find a town that embraces its wild past and welcomes its new visitors to fine food, casino slots and tables… and plenty of history.

Deadwood is just a short ride away from Sturgis, South Dakota.  So if you’re ever in the Sturgis area, by all means, check this town out!

One of the more notable tales from the town of Deadwood, SD is the unfortunate demise of a well-known wild west character named Wild Bill Hickok.  The story goes that Hickok, while playing poker at the No. 10 Saloon, was shot in the back of the head on August 2, 1876 by Jack McCall.  Hickok was holding 2 aces and 2 eights and thus this poker hand has become known as “the deadman’s hand.”

Intrigued by Wild Bill Hickok, and another of the town’s famous residents, Calamity Jane, we decided to visit the Mount Moriah Cemetery, which sits upon a hill overlooking the town.  Although Hickok was originally buried in the Ingelside Cemetery, he was moved to the new Mount Moriah Cemetery 3 years after his original burial (source: https://en.wikipedia.org/wiki/Wild_Bill_Hickok).

Rumor has it that, Calamity Jane, another notable figure of the time, was said to utter as her last words “bury me next to Wild Bill.”  And she was.